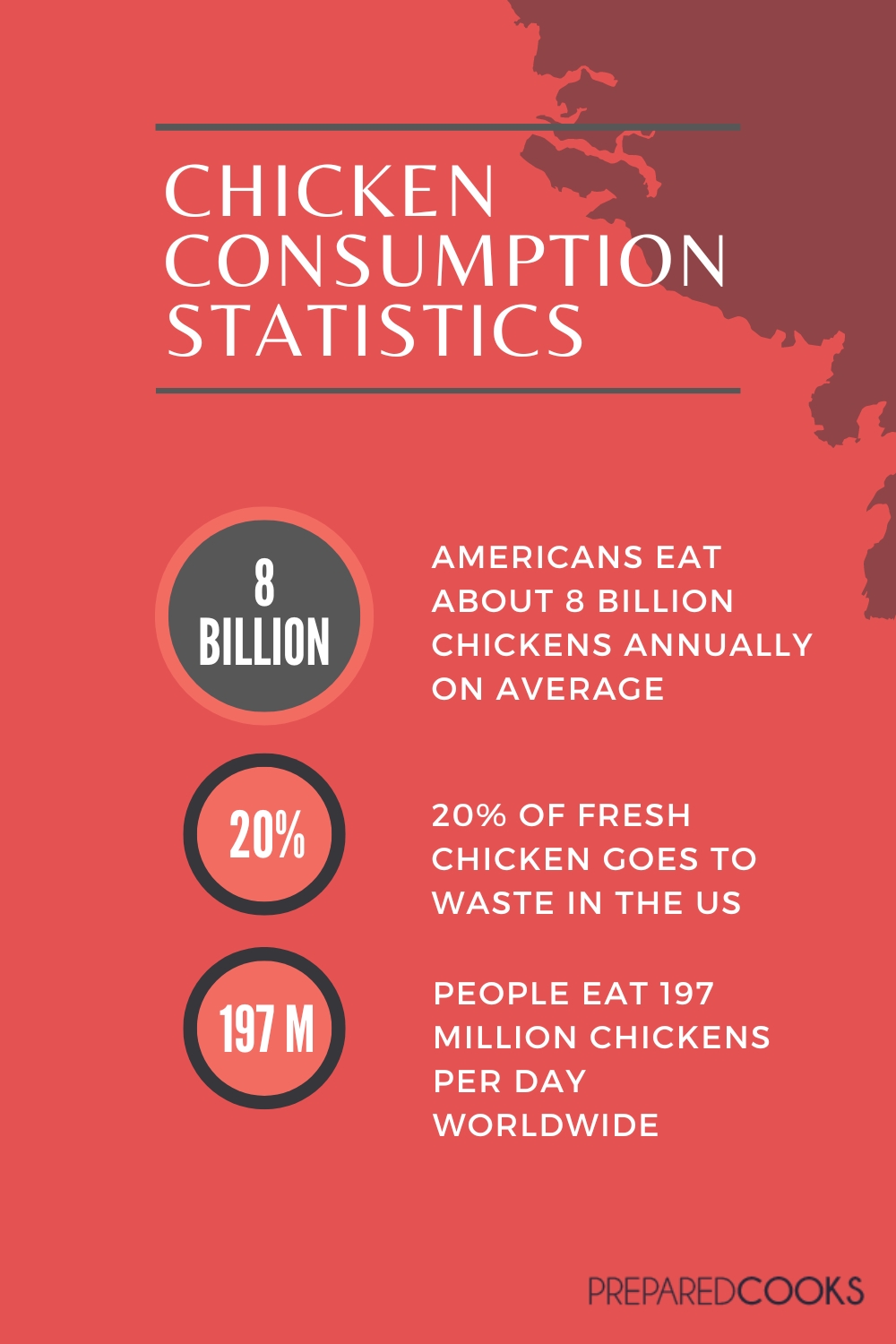 US consumption of chicken has reached an all-time high and has even surpassed that of beef, which used to be the top meat.

Despite chicken shortages, Americans are still eating the meat, and the US even exports some to other countries, though not all of the produced chicken gets eaten.

How Many Chickens Are Consumed in the US?

A lot of Americans have started eating chicken at home, especially with the COVID-19 pandemic lockdowns, and that trend isn’t expected to stop soon.

From organic chicken to chicken legs, sales of some types of chicken have grown in the past couple of years.

Even though many people eat at home more, restaurants are still a popular place to get food, and chicken is a more common choice than you may think.

From larger chicken chains to smaller, local chains, Americans have continued to visit chicken restaurants or even started visiting new ones.

Super Bowl weekend is one of the biggest weekends of the year for chicken consumption, especially chicken wings.

Consider how much the consumption of wings has increased, especially around holidays and major sporting events.