If you enjoy both corn flakes and frosted flakes, you may be wondering which one is the better option. This is a commonly asked question as these two kinds of serial are very similar and are often compared to each other.

With so many different kinds of cereal on the market, it can be hard to know what kind to reach for. Especially as there are so many kinds of cereal that are nearly identical, leaving you to wonder which one is better.

Though it is great to have options, sometimes too many options cannot be a good thing. Especially if you are having a hard time picking out the right cereal option for you and what you are looking for.

Keep reading to find out more about corn flakes vs frosted flakes and which one is the better option according to customers.

Which Are Better: Corn Flakes or Frosted Flakes?

If you are trying to decide between corn flakes vs frosted flakes cereal, you may be wondering which one is best. These two cereal options are basically the same, and people are pretty much divided on which one they prefer. 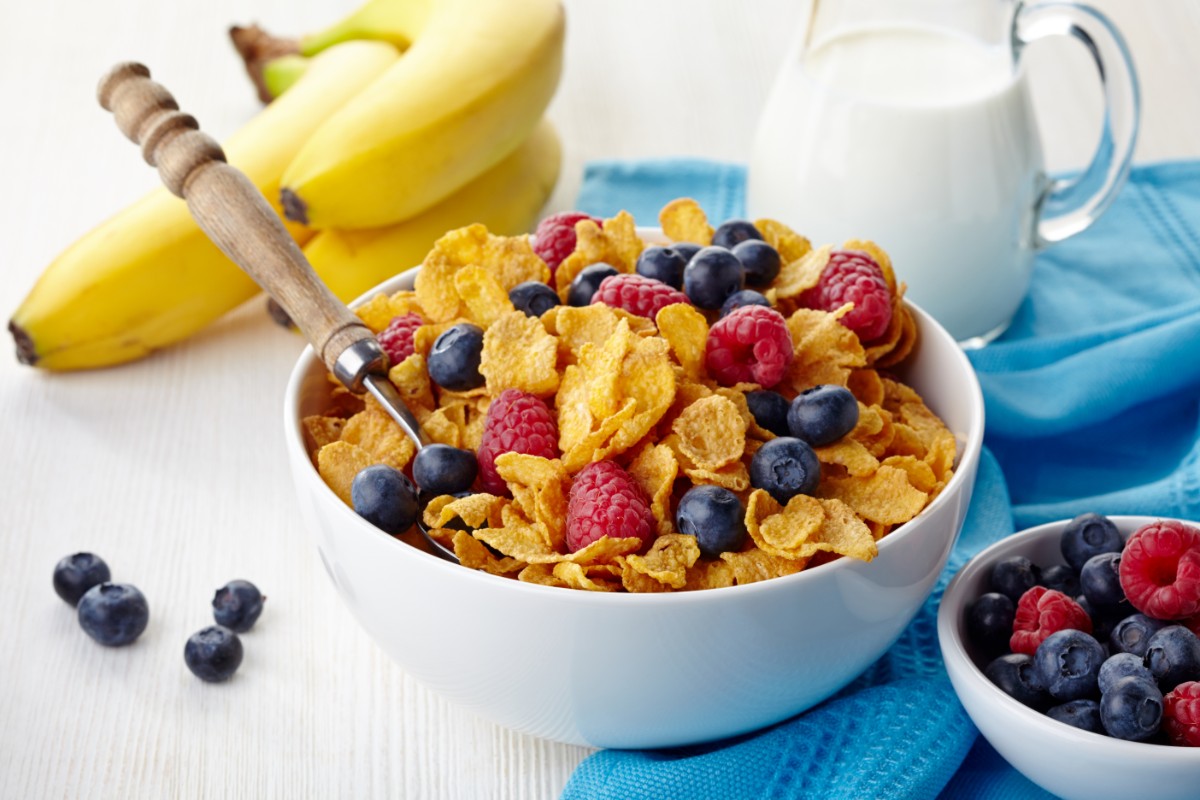 When it really comes down to it, frosted flakes are basically corn flakes with sugar added to the cereal. There is not much difference between these two cereals besides the added sugar, which creates that frosted look that is much sweeter.

Cornflakes have been around for longer and are considered to be a more nostalgic cereal option. They are still sweet in their own right but are not nearly as sweet as frosted flakes with added sugar.

Because of this, you will most likely find that frosted flakes are a more popular option amongst the younger crowd. While older adults prefer corn flakes that are milder in flavor and not nearly as sweet.

For the most part, both cereal options tend to sell very well and gather their own crowds of fans. Which cereal you prefer is ultimately going to come down to your personal preference when it comes to your cereal options.

Such as how sweet you prefer your cereal to be and whether or not you are looking for a healthier option in the morning.

Frosted flakes obviously are going to have more sugar added to it, which is not a good thing for your health. But it does seem as though cornflakes have more calories, sodium, and carbohydrates, which is also not good.

Corn flakes have less sugar, but the fact that, they are more sodium and calorie heavy is definitely something to consider. Sodium is something that can add up very quickly, and you do not want to consume too much of it.

You also do not necessarily want to choose a cereal that has more calories in it. So these are nutritional facts to consider if you are trying to decide between corn flakes or frosted flakes, as these do have some nutritional differences.

Overall, most cereals do lean towards being unhealthy, but you can try to balance this by only eating the serving size I suggested. As long as you do this, it is not going to be extremely unhealthy for you to occasionally enjoy a bowl of cereal.

Both cereals have a natural corn flavor to them that is very pleasant and comforting to enjoy. This is different from the normal wheat taste of cereal that most cereals have, as corn flakes and frosted flakes are mainly made out of corn.

This also provides a naturally sweet taste that helps to elevate the plain corn flakes and give them flavor. Many people believe that frosted flakes have a stronger flavor, but this is most likely due to the fact that the sugar enhances the natural flavor present.

So both cereals pretty much taste exactly the same, only the added sugar and frosted flakes can make it seem more flavorful. It also helps to bring sweetness to a cereal that might otherwise feel plain and bland when mixed with milk.

When comparing the prices for frosted flakes and cornflakes in a variety of stores, you are going to be met with different prices every time. They both seem to be around the same amount of money, but certain stores will price them differently.

So you will most likely find a different price for both of these cereals at any store that you go to. So frosted flakes may be cheaper in one store while cornflakes are cheaper in the other store.

This just depends on where you shop and which cereal is most in demand in that area.

If you are trying to decide between frosted flakes or corn flakes, most customers are divided on this topic. Neither one seems to be better than the other as there are plenty of people who enjoy both options equally.

Corn flakes and frosted flakes are basically the same kind of cereal only frosted flakes have sugar added to the recipe. This creates that frosted appearance that also gives this cereal a lot more sweetness.

Corn flakes are also a little less healthy, ironically, since they contain more sodium, carbohydrates, and calories. While frosted flakes are more sugar-heavy than cornflakes are.