Does Coke Zero Have Caffeine?

If you are looking for a caffeine-free soda option, you may be wondering if Coke Zero contains any caffeine. This is a commonly asked question, as there are many people who try to avoid consuming too much caffeine.

Though caffeine is very common and is regularly consumed by a lot of people, not everyone wants to consume a bunch of caffeine. Especially when it comes to drinking caffeine which can quickly add up during the day.

Unfortunately, it isn’t just coffee that contains caffeine, it is a wide variety of other drinks as well. This is why you should look into drinks before you drink them to make sure that they do not contain a large amount of caffeine.

There is a specific amount of caffeine that adults can safely consume on a daily basis that you shouldn’t go over. Keep reading to find out whether or not Coke Zero contains any caffeine and if it is a healthier option.

Contents show
1 Does Coke Zero Contain Any Caffeine?
2 Cherry Coke Zero And Caffeine
3 How Much Caffeine Is There
4 Is Coke Zero Healthier?

Does Coke Zero Contain Any Caffeine?

If you are looking for a carbonated beverage that does not contain any caffeine, Coke Zero is not the option for you. This soda contains 34mg of caffeine, which still has a decent amount of caffeine for a soda drink. 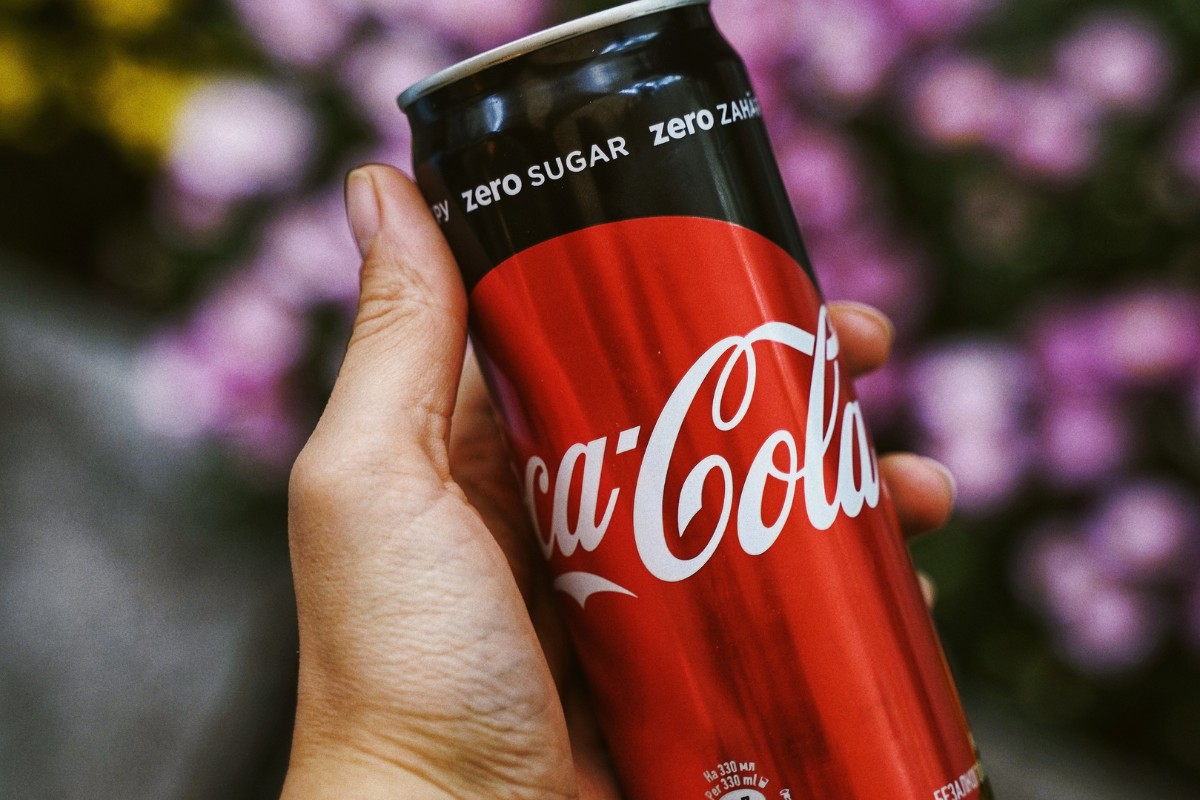 Coke is a carbonated beverage that contains caffeine, which may concern a few people. Whether you are avoiding caffeine or simply do not want to be drinking more of it, Coke may not be the right soda option for you.

Many people assume that because Coke Zero is free of many things that normal Coke has that it is also free of caffeine. But this type of Coke still contains a small amount of caffeine despite being made differently than regular Coke.

This amount of caffeine is still well below the amount that is recommended for adults to consume daily. So it is not going to add a whole lot to your daily intake of caffeine if that is what you are concerned about.

For the most part, the caffeine in Coke Zero is very minimal and is not going to give you any kind of lasting effect. Most people don’t even feel the after-effects of this caffeine and wouldn’t even know it was present in the drink.

Cherry Coke Zero is simply a flavored version of Coke Zero, which is why it still contains caffeine. This type of Coke contains cherry flavoring, but the recipe is not going to be different from the original Coke Zero.

So if you want to choose a Coke option that does not contain caffeine, the cherry version of this drink is not going to be the best option for you. It still contains 34mg of caffeine, which is going to add caffeine to your daily intake.

The same rule applies to normal Coke as well as normal cherry-flavored Coke. Both are going to contain the same amount of caffeine despite being considered to be two different kinds of products.

How Much Caffeine Is There

Coke is one kind of soda that contains a pretty generous amount of caffeine considering it is not really a caffeinated drink. Coke, as well as Coke zero both contain 34mg of caffeine per bottle.

Though this is still well under the limit for caffeine that adults should consume a day, it is quite substantial for a carbonated beverage. Many people are entirely unaware of the fact that the Coke that they are drinking does have caffeine in it.

Not every soda is going to contain caffeine, but Coke is definitely pretty high on the list of sodas that do. Anyone who is trying to avoid caffeine or who is sensitive to its effects should avoid drinking Coke in general.

It would be best to choose a carbonated beverage that does not contain caffeine or at least contains very little. Children should also avoid drinking Coke as the amount of caffeine will surely affect them more than it would an adult.

If you are trying to find a healthier version of Coke, you may be wondering if Coke Zero is healthier. This is something that many people think as Coke zero is marketed as being a healthier option overall.

When you look at Coke Zero nutritionally, it is clear that this is a healthier option than simply drinking a normal bottle of Coke. This is due to the fact that Coke Zero is:

Because it is free of these things, Coke Zero is considered to be a healthier option as it is not going to add calories to your diet or sugar. Which is quite a big difference considering how calorie and sugar-heavy normal Coke is.

Though Coke Zero is still not considered to be very healthy since it offers no nutritional benefits. You are not going to get anything substantial from drinking a bottle of Coke Zero, as it has nothing to offer nutritionally.

This also includes other flavors of Coke, such as cherry or a vanilla Coke or Coke Zero. These kinds of Coke all contain the same amount of caffeine and may affect you because of that.

This is a relatively small amount of caffeine in comparison to how much caffeine an adult can safely consume in a day. Though it is still considered to be a lot when you look at the fact that this is a soda drink and not a cup of coffee.