If you are ordering pizza from Domino’s, you may be wondering if the hand-tossed or pan pizza is the better option. This is a common question as these are two popular options that customers have a hard time deciding between.

Domino’s offers a large variety of pizza crust options that you can choose when ordering your pizza. Though this is great and gives customers the ability to pick exactly what they want, it can be hard to decide between the best options.

With so many delicious crusts to choose from, it can be hard to know which option you would prefer when ordering your pizza. The good thing is that there is a clear winner between these two options to help you decide which is better.

Keep reading to find out whether or not the hand-tossed or pan pizza is the better option when you order your pizza at Domino’s. 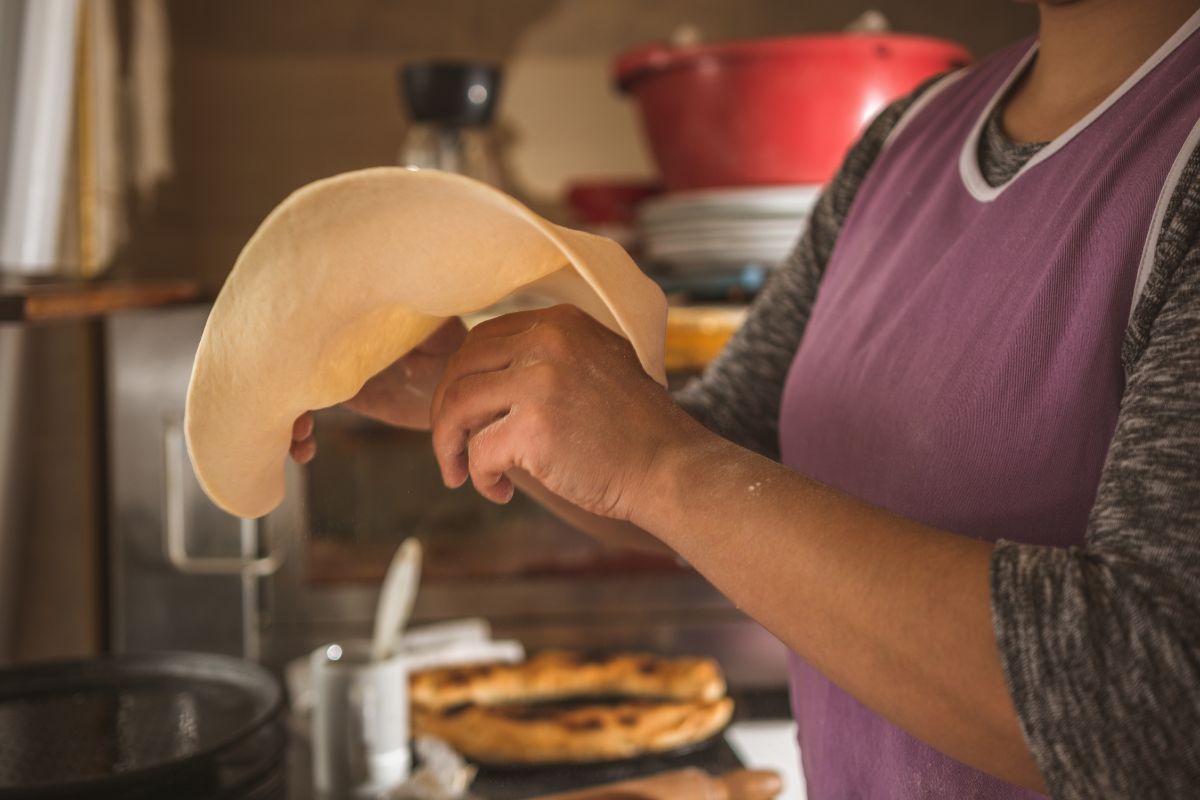 Which Is Better: Domino’s Hand Tossed or Pan Pizza?

These are two pizza options that Domino’s offers to its customers in all of its stores. They are both very popular out of all of its crust options and are ordered very frequently by loyal Domino’s customers.

The hand-tossed pizza is a traditional type of pizza crust that Domino’s started making to give people a more authentic option. This creates a classical pizza crust that is completely handmade and has an authentic texture when you bite into it.

While the pan pizza is exactly what the name describes, it is a pizza made in a pan to create a fluffy and dense pizza. This is a very popular option amongst those who enjoy the crust just as much as they enjoy the toppings.

Though both of these options are popular, pan pizza tends to win in the end as people gravitate toward this option. Many people have described it as being richer because a pan pizza allows for more toppings to be piled on top of it. 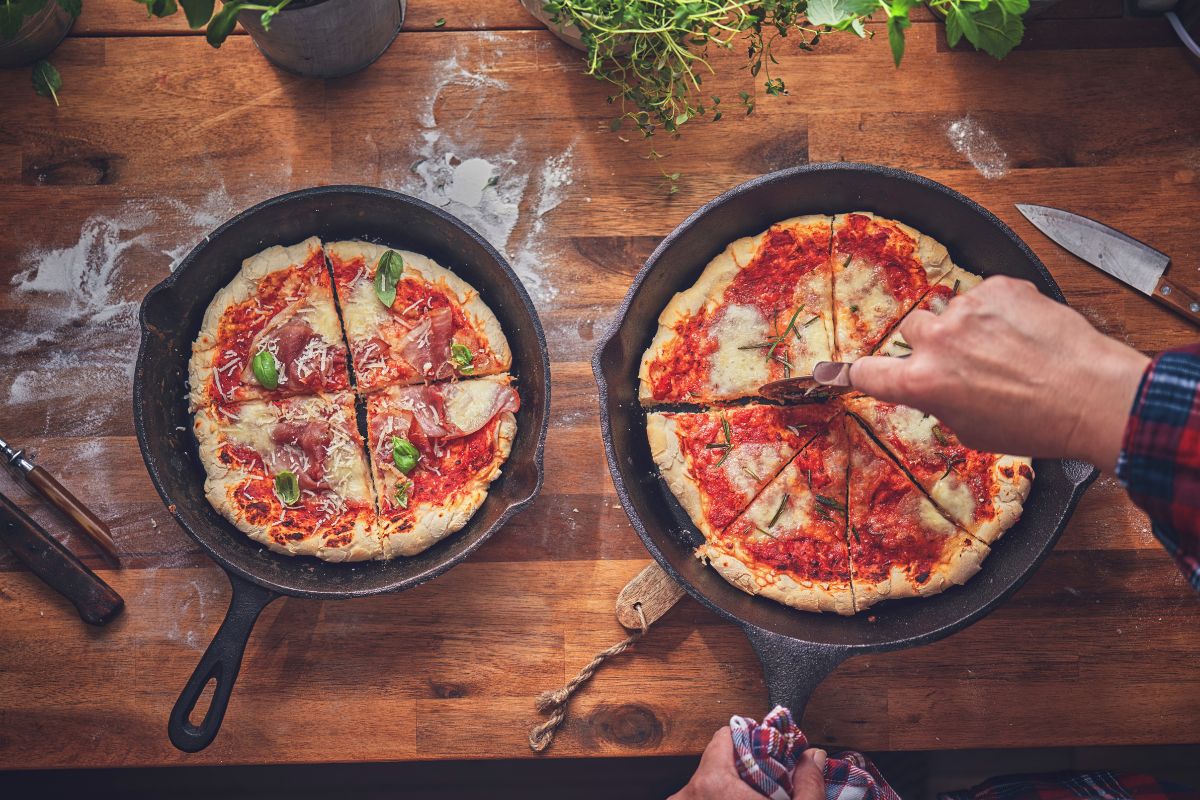 What Is the Difference Between Domino’s Hand Tossed and Pan Pizza?

Now that you know what pizza is the best option between the hand-tossed and the pan pizza, you may be wondering what the differences are between these two options. They are both very popular but are they also similar to one another?

Despite these two types of pizza crust often being compared to one another, they are quite different. The hand-tossed pizza is in a league of its own as it is made in the most traditional way.

The pizza dough for the hand-tossed crust is kneaded for a longer period of time so that it becomes very soft and pliable. As it is tossed in the air to shape it, the air bubbles are burst, resulting in a thinner crust.

It has a slightly chewy and crunchy texture that is also soft and bakes to perfection. While the pan pizza is the traditional Domino’s pizza crust recipe that is simply put into a pan.

This pizza crust is thick and fluffy as all of the bubbles are allowed to expand and create a very airy pizza crust. The fact that it is cooked in a pan also allows for a pan pizza to hold more toppings, such as cheese and sauce.

Altogether Domino’s has a long list of crust options that you can choose from, including options like:

Domino’s has a lot of options to offer that you may not be able to find in other pizza places. The hand-tossed and pan pizza are just too popular options that many customers go for. 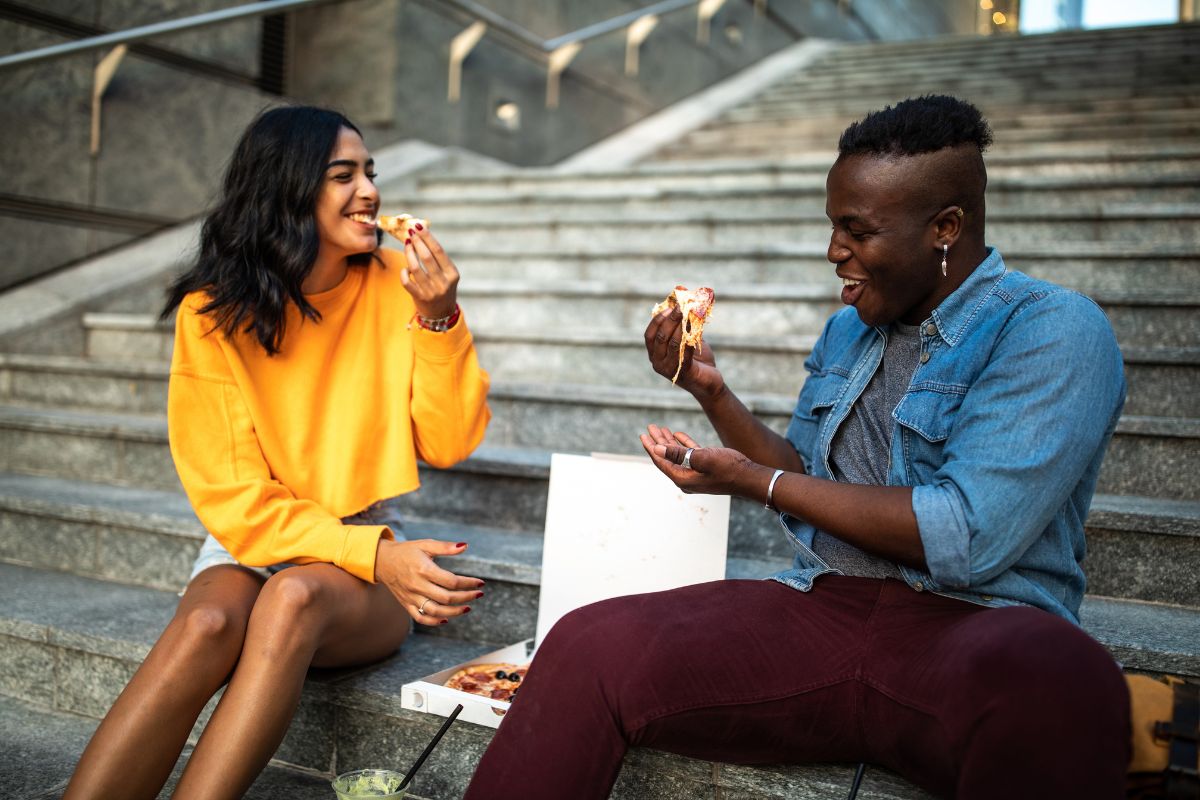 Is Domino’s Hand-Tossed Pizza Thicker Than the Pan Pizza?

Many customers have a hard time deciding between Domino’s hand-tossed pizza and the pan pizza because they do not know what kind of crusts these are. Is one thicker than the other? Does one have more flavor or texture?

These are all common questions that customers may have when deciding between these options. Domino’s has many crusts to choose from, but they all have their own qualities that make them different from the rest.

The hand-tossed pizza at Domino’s is the thinner option between these two. This is because the hand-tossed piece is made in the traditional way, which pops the yeast bubbles and creates a flatter dough.

The hand-tossed pizza is not as thin as the thin pizza crust, which is the perfect balance between being thick and thin. While the pan pizza crust is very thick and fluffy, perfect for those who love to have a lot of crust on their pizza.

When ordering at Domino’s, the pan pizza has been proclaimed as being the better option between the pan pizza and hand-tossed pizza. These two options are both very popular, but the pan pizza tends to come out on top.

These crust options are very different as the hand-tossed pizza is made by spinning and forming the dough into the crust. This creates a thinner and crispier crust that is slightly chewy.

While the pan pizza is made by simply pushing the dough into a pan before cooking everything together. This creates a very thick and fluffy crust that can hold a lot of toppings.