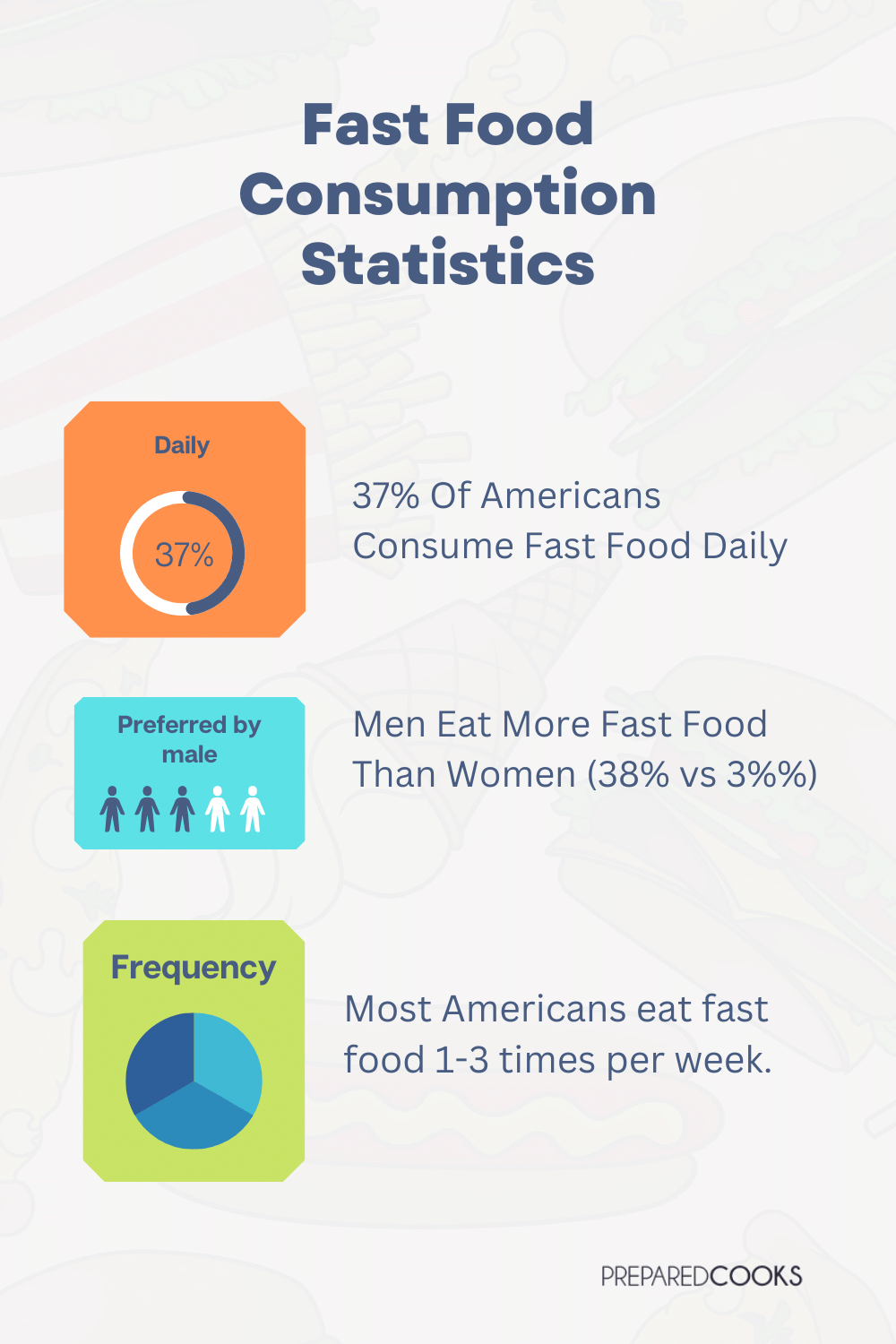 To better understand US fast food consumption, it’s important to look at general statistics, from when and where people eat fast food to changes due to the COVID-19 pandemic.

Here are some of the most important statistics to understand regarding fast food consumption.

How Many Americans Consume Fast Food Every Day?

A much smaller percentage (4%) never claims to visit fast food restaurants for a snack or meal.

How Much Fast Food Are Americans Eating?

Fast food consumption has increased in recent years, but a big part of that has to do with increasing portion sizes.

Convenience is another big reason for the rise in fast food.

Many people understand that fast food isn’t the best for you, but some people are looking into healthier options.

Still, some people don’t understand how eating fast food or even living near a restaurant can be a risk.

Another topic to consider is how all of this fast food consumption is affecting Americans, from yearly spending to lifetime spending.

Many Americans spend a lot of fast food, partly because it tends to be cheap and easy.