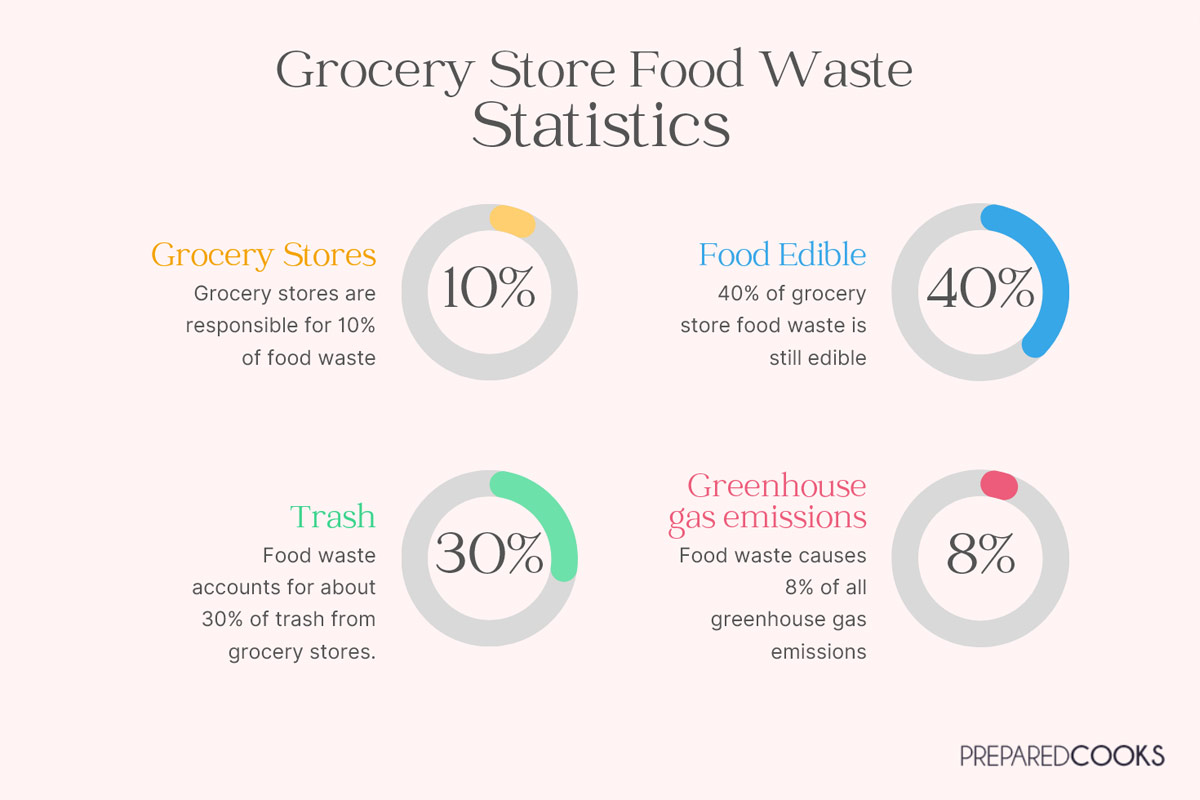 A significant part of grocery store food waste comes from the supply chain, as early as the farmer and as late as the consumer.

Consider how farms and manufacturing processes can lead to so much waste at the grocery store.

Whether it’s grocery stores or shoppers, cosmetic issues can lead to a lot of food waste, but some businesses are fighting back.

Businesses have helped recover cosmetically damaged produce either for direct sale to consumers or as donations to food banks.

Reducing food waste is an excellent step that grocery stores and individuals can take to protect the environment.

Grocery stores and consumers can take steps to help lower the amount of food wasted.

One of the ways we can combat food waste in grocery stores and throughout the supply chain is by enacting legislation.

Consider some existing and proposed laws for the US or specific states.