As these are two very popular dumplings that have gained a lot of spotlight, despite being most popular in Japanese and Korean cuisine. As dumplings tend to be crowd-pleasers and have been adopted by many other cultures.

If you enjoy eating dumplings, there is no limit to the type of dumplings that you can try, as there are so many out there. Mini originated from different kinds of cultures, all containing their own special twist.

Though these are two types of dumplings that you should definitely try if you are a connoisseur. Keep reading to find out whether or not Gyoza vs Mandu is better and what exactly these dumplings are.

Contents show
1 Which Is Better: Gyoza Vs Mandu
1.1 Gyoza
1.2 Mandu
2 Are Gyoza and Mandu Cooked the Same?
3 Final Thoughts

Which Is Better: Gyoza Vs Mandu

If you are a lover of dumplings, you may have heard about Gyoza and Mandu dumplings. It is impossible to say which one is better as people seem to enjoy both in different ways, and each type of dumpling appeals to a group of different people. 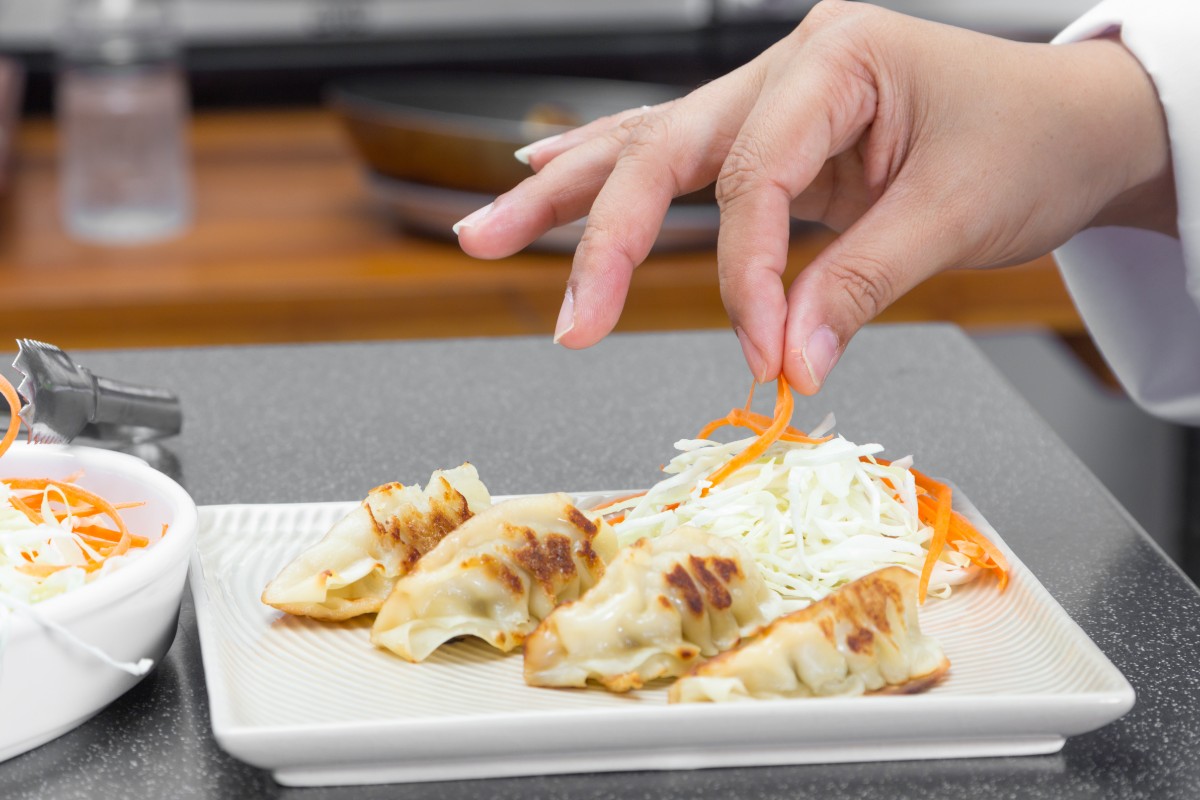 Both dumplings originated in China but were later filtered into different cultures in other areas. Becoming stable dumpling options in Japanese and Korean cuisine that you can still find today.

There are many different kinds of dumplings that you can choose from, all coming from different cuisines. Many being based on Chinese, Korean, and Japanese cultures and dishes.

Though you still may be able to find Gyoza and Mandu dumplings in the US if you know where to look. As specialty stores and different sections of grocery stores may carry a few of these dumpling options for you to try.

Or you could always try your hand at making these dumplings at home if you enjoy cooking different types of cuisine. As there are many Gyoza and Mandu recipes available online that will help you to create traditional dumplings.

Gyoza is a Japanese dumpling that is traditionally dipped in a vinegar and soy sauce dipping sauce. The feeling of the dumpling is lightly flavored, allowing the sauce to really take charge and bring brightness. 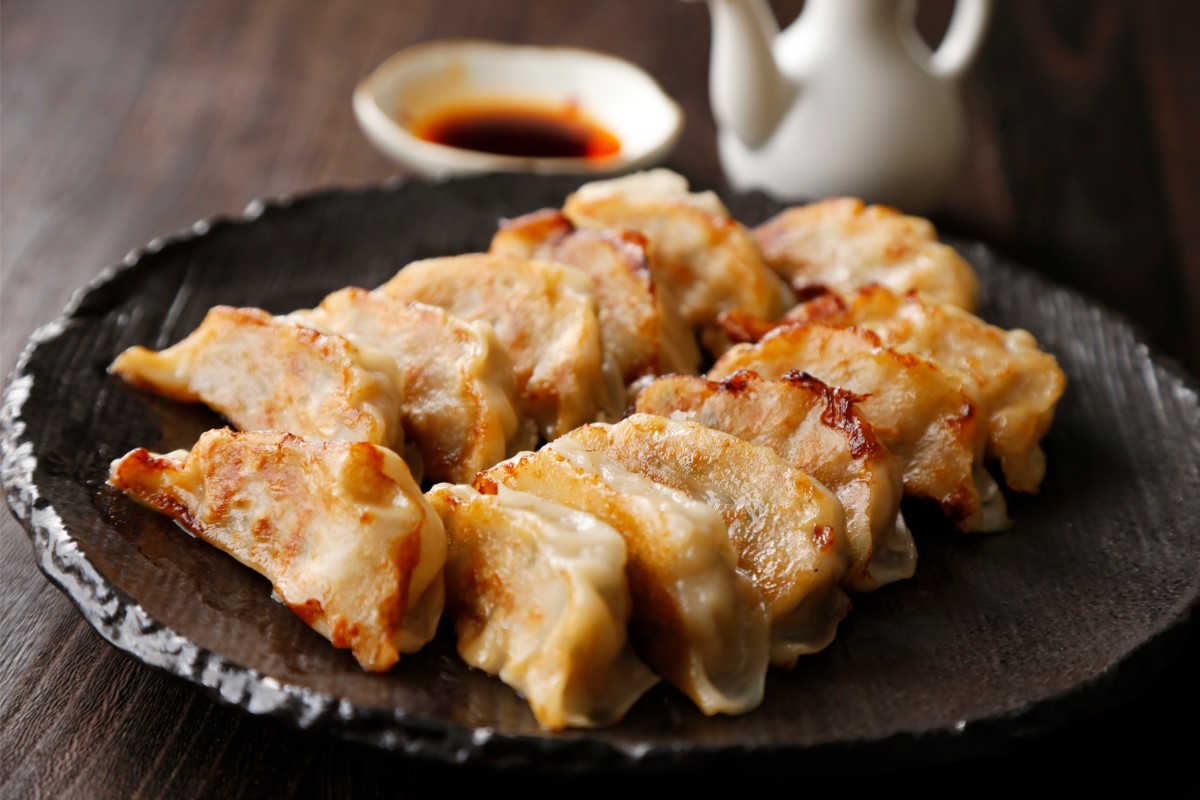 Gyoza is traditionally made with a lot of fresh garlic in the filling, making garlic the primary flavor that you will taste. The vinegar and soy sauce also helps to cut through this if it is a little bit overpowering for you.

Traditional Gyoza will be filled with minced pork, mushrooms, and cabbage which creates a fine and flavorful filling. It is also traditionally not served as the main course for a meal, rather it is served as a hearty side next to other dishes.

This is a type of dumpling that anyone who enjoys dumplings would be able to enjoy. As the filling is quite traditional, and the flavors blend together perfectly with the dipping sauce.

Korean Mandu is another very popular dumpling that can’t take many different forms, while still staying traditional. It is often filled with a combination of finely minced meat and vegetables to create a flavor for filling. 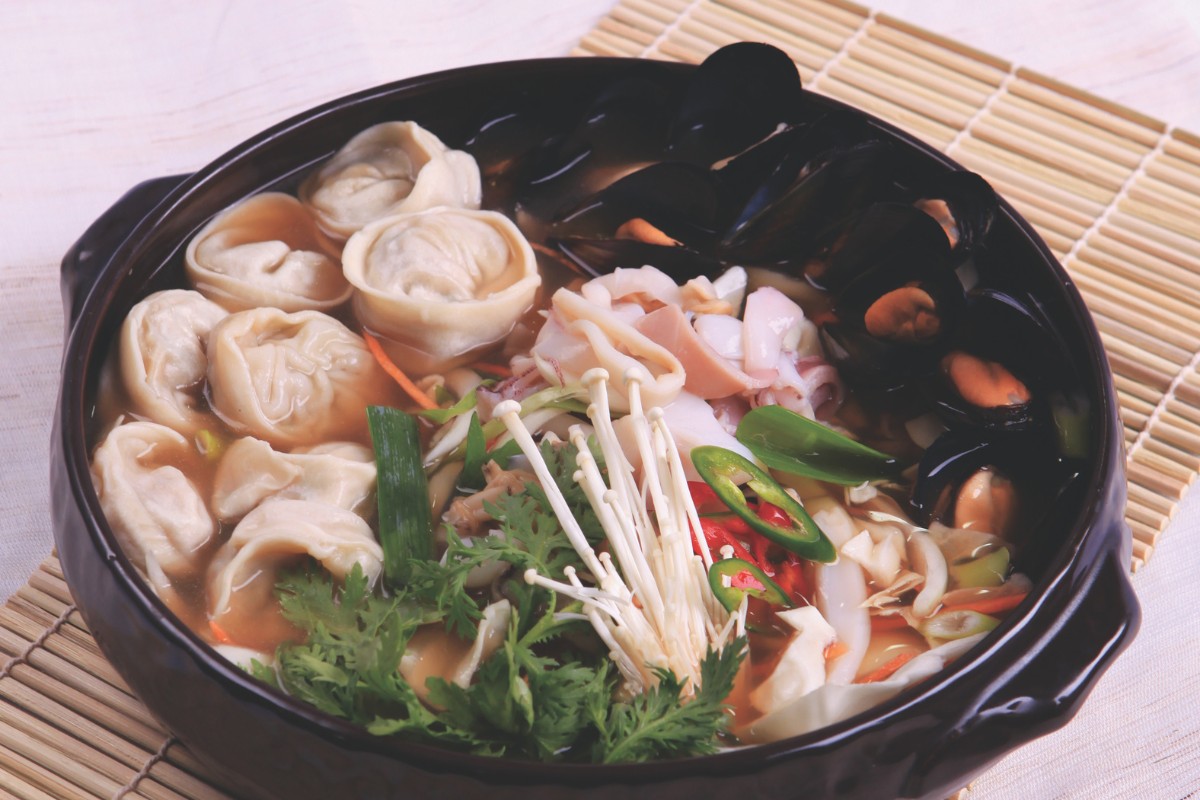 This filling commonly uses ingredients like, pork, shrimp, green onions, and sprouts. The dough is also very thin, allowing these dumplings to get very crispy once you have cooked them, depending on the cooking method that you use.

These dumplings can be either boiled, steamed, or fried, depending on the effect that you want to achieve. Like the Japanese dumplings, they are often served alongside a dipping sauce of vinegar and soy sauce.

This is a dumpling that is often served as a snack or a side dish, but a lot of Korean families also serve it on New Year’s Day in celebration.

Are Gyoza and Mandu Cooked the Same?

Gyoza and Mandu are very similar, but they do have several differences that make them different kinds of dumplings. They both are often cooked in different ways to achieve different effects for the final dumpling.

Gyoza, for instance, is usually pan-fried and steamed to create the perfect balance of soft and crispy dumplings. They are fried in a pan before water is added, and the pan is covered to allow the dumplings to steam and fully cooked through.

However, Mandu is made in several different ways, as you can steam, boil, or fry it depending on what you like. Though one of the most common ways to cook Mandu is to boil it and beef stock to create a very soft and flavorful dumpling.

Though you could technically cook either dumpling however you want to, as dumplings can be cooked in the same kind of ways. It may just not be traditional, depending on the cooking method that you choose.

It is impossible to decide between Gyoza versus Mandu as both dumplings are very popular and have different cultures. These are Japanese and Korean dumplings that are widely enjoyed and included in many traditional dishes.

If you are a fan of dumplings, you definitely need to try these two types of dumplings to see what you think. As the majority of dumpling lovers would be able to enjoy Gyoza or Mandu dumplings alongside their meal.

Though you may have to do a bit of looking around to find either of these dumpling options in US stores as they are not as common.