Is Gelatin Vegetarian or Vegan?

If you are vegan or vegetarian, you may be wondering if gelatin is vegetarian or vegan-friendly. As it is one of those ingredients that has a lot of mystery around it, especially when it comes to how ethical it is for vegans or vegetarians.

Many people who are new to veganism or being a vegetarian have a lot of questions about gelatin. Especially as this is quite controversial as some people eat it while others strictly avoid it.

There are many ingredients like this that have a lot of mystery around them when it comes to how ethical they are. For instance, honey is one of those controversial ingredients that some vegans will eat, but others won’t.

This is also a common question because vegans and vegetarians follow a different kinds of diet, though the diet is based on the same principle. So vegetarians can often eat products that vegans cannot as this diet is not as strict.

Keep reading to find out whether or not gelatin is vegetarian or vegan-friendly and what exactly this ingredient is made out of.

Gelatin Is Not Vegan or Vegetarian-Friendly 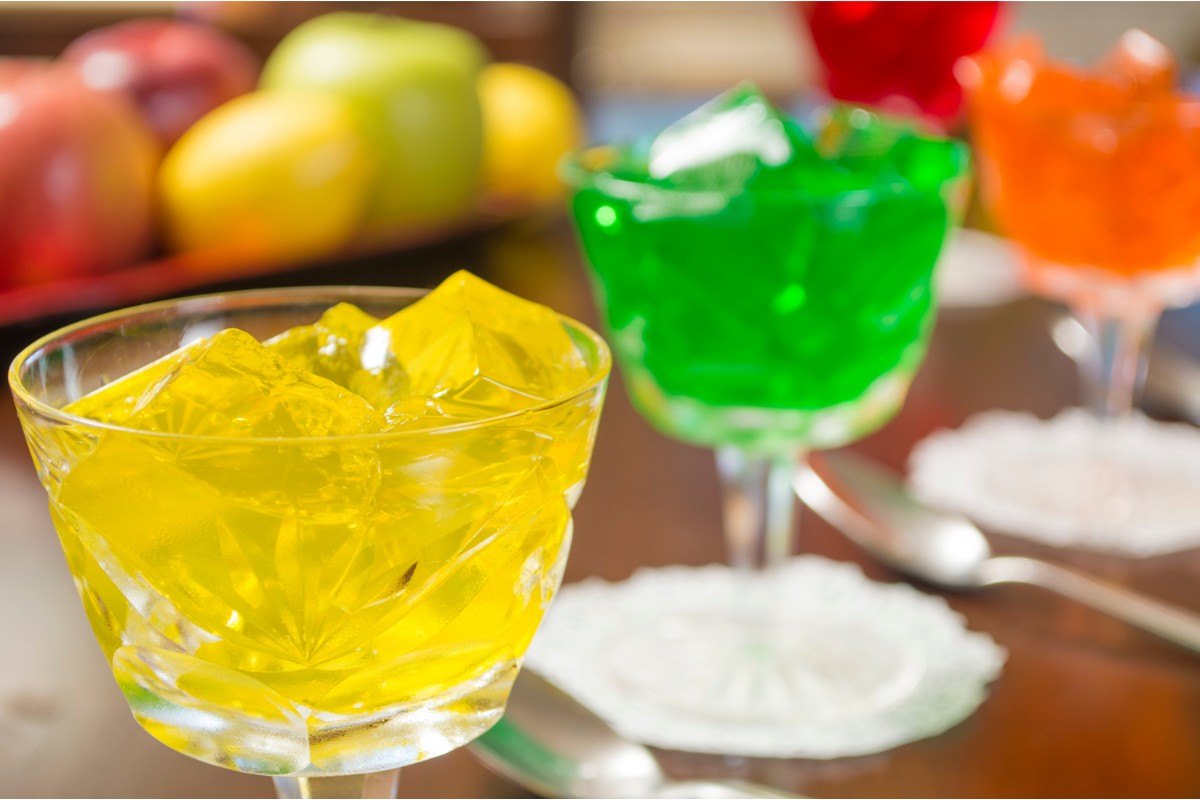 Many people are not aware of what gelatin is or where it comes from but know that it is a very common food ingredient. Gelatin is derived from animal bones as collagen is removed and then transformed into what we know as gelatin.

Both vegans and vegetarians avoid any kind of meat products, making gelatin not vegan or vegetarian-friendly. As even vegetarians will avoid this ingredient as it does come directly from animals.

One of the most common gelatin products being Jell-O, which you may have seen at your local grocery store. As Jell-O is made primarily with gelatin, which is the ingredient that helps this jiggly desert to set up and become a semi-solid.

Those who follow a vegan diet often do so because they do not want to support any kind of products taken from animals. Because of this, vegans do not eat any kind of meat, fish, dairy, or egg products.

And vegans do not consume anything that comes from an animal, so they would not eat gelatin. As gelatin is sourced directly from animal bones, usually resources are taken from slaughterhouses.

Vegetarians are people who follow a diet similar to vegans, but it is not quite as strict. Vegetarians usually do not eat any kind of meat or seafood, or ingredients that are directly sourced from meat or animals. 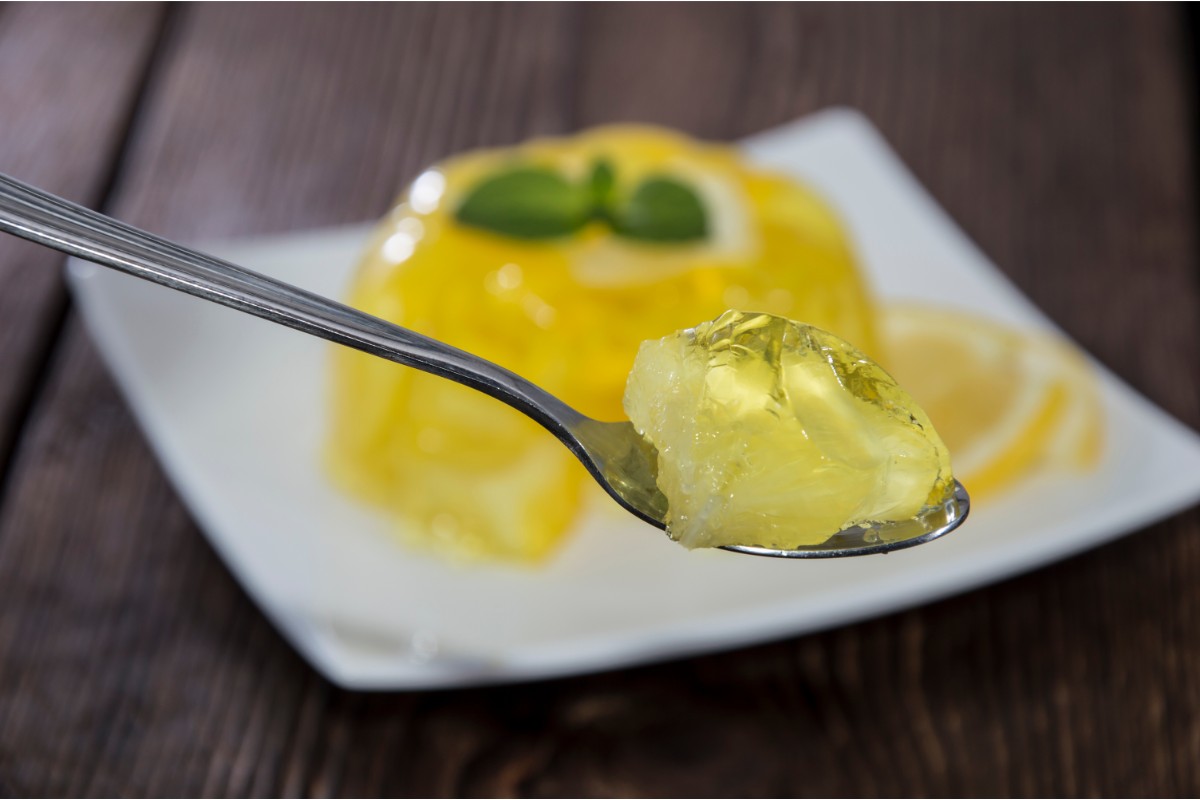 Though vegetarians do consume animal byproducts like dairy, eggs, and other animal resources. So this diet is not nearly as restrictive as being a vegan, which is why it is more common among people.

That being said, the majority of vegetarians do not consume gelatin as it is directly sourced from animals. It is not necessarily meat, but it still comes from the animals and is a result of animals being slaughtered.

Some vegetarians may not see an issue with this and still consume gelatin, but it is not considered to be vegetarian-friendly. So if you want to follow a strict vegetarian diet, you will need to avoid consuming any gelatin or gelatin products.

Is There a Vegan or Vegetarian Gelatine Substitute?

Though vegans and vegetarians do not eat gelatin, there are some other alternatives that they can use instead. This is an ingredient that is used to set up foods to create a semi-solid and jiggly texture like a Jell-O.

Because of the specific texture that gelatin creates, it can be hard to replace this animal ingredient. But there are some vegan and vegetarian-friendly alternatives that you can try using yourself.

This includes options like agar agar, carrageenan, corn starch, tapioca starch, and many other kinds of thickening products. These will not replicate the consistency of gelatin perfectly, but they do create a similar consistency.

So you can still try to make vegan and vegetarian products that would otherwise need gelatin as one of the ingredients. Though it may not turn out exactly the same as if you had used gelatin.

Many Types of Candy Contain Gelatin

One thing that vegans and vegetarians will have to avoid in their diet is a variety of different kinds of candy. This is because a lot of candy has gelatin as one of the ingredients to give it its chewy and jelly-like consistency. 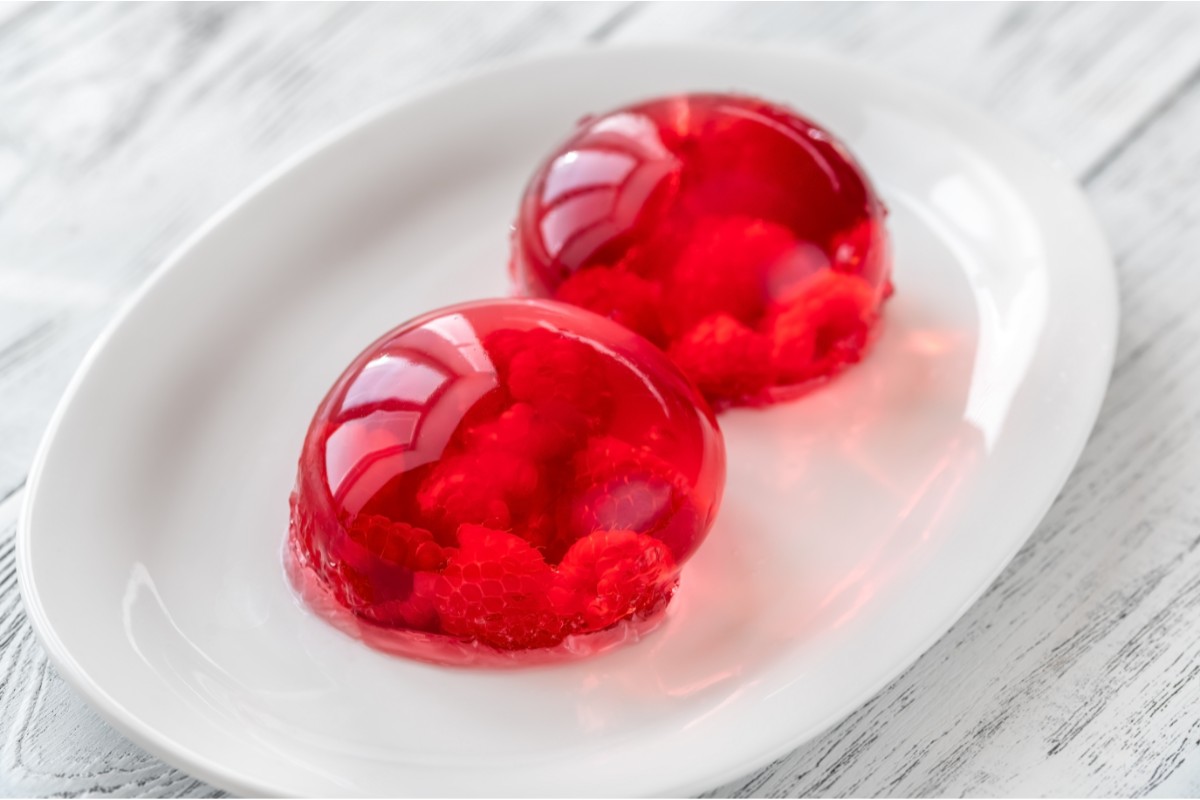 To avoid buying these types of candy, you can always look up different lists of vegan-friendly candies to find which options you have available to you.

Gelatin Is an Animal Byproduct

Though gelatin is not considered to be meat, it is an animal by-product that is a result of the meat industry. This is because gelatin is sourced directly from animal bones that are usually discarded by slaughterhouses.

This makes gelatin a very close animal byproduct that vegans and vegetarians usually try to avoid. As anything containing gelatin is not going to be labeled as being vegetarian or vegan-friendly for buyers.

Gelatin is a byproduct of animals and comes directly from animal bones, as collagen is turned into gelatin, which is used to thicken foods. It is a common thickener and gives different things a jelly-like and chewy texture.

So you will often find gelatin as an ingredient in Jell-O, pudding, candy, and other types of food products.