If you are a fan of hot foods and like to take on a challenge, you probably have heard of the Paqui one chip challenge. This is something that many people are curious about as they have heard about it and want to know more.

Paqui is a brand of spicy chips that centers its entire company around creating some of the spiciest chips on the market. Creating a product that caters to the daredevils and the ones who enjoy the hottest amount of spice.

Because of this, Paqui chips are not going to be off for everyone as they are indeed very spicy. Most of them are made with the spiciest peppers on earth.

Keep reading to find out more about the Paqui one chip challenge and adjust what other customers are saying about it.

If you enjoy eating spicy foods and also enjoy taking on a challenge, you may have heard of the Paqui one chip challenge. This is a challenge started by the Paqui brand that features a single chip that it dares people to eat. 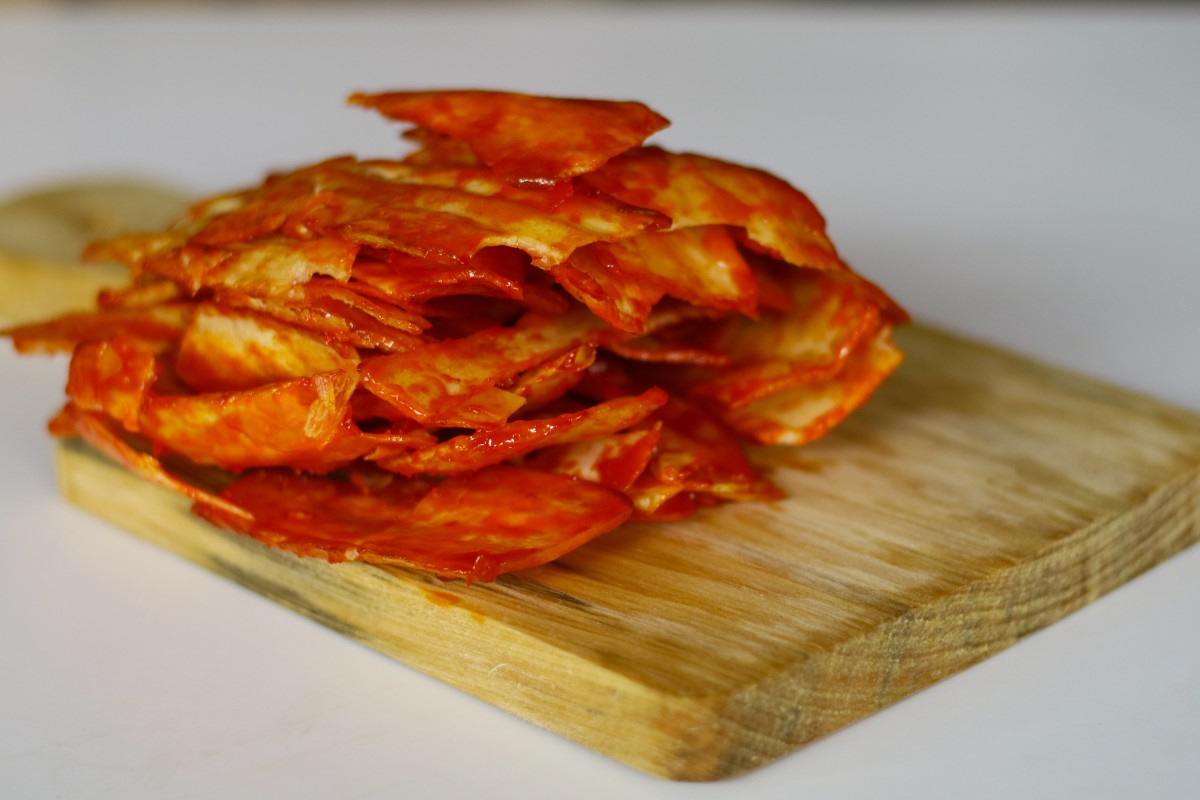 This is a flaming hot chip that is single wrapped, and it is said to turn your tongue a bright blue. Paqui is known for its groundbreaking chips that are extremely spicy, being made with some of the spiciest peppers on earth.

And it has often created challenges for its customers, challenging them to eat certain chips that are designed to be as spicy as possible. Which is exactly what the one chip challenge is all about.

There are many reviews about this challenge, with many of them being mixed between negative and positive. It is important to mention that there have been many people who have gone to the ER after trying the one chip challenge.

As this single chip is said to be so spicy that it made people sick, or gave them a negative reaction. Because of this, the one chip challenge has been banned in many schools, and experts have warned against it.

Though there are also plenty of positive reviews from people who enjoyed participating in the one chip challenge. Many saying that the chip is indeed the spiciest thing that they have ever tasted, and it did turn their tongue blue.

It is important that only those with a high spice tolerance try the one chip challenge and if you do, make sure you do it safely.

How Long Does the One Chip Challenge Last?

If you are interested in trying to Paqui one chip challenge, you probably want to know how long it lasts. This is important to know, as this is going to be how long you are going to feel the effects after eating the chip.

This single chip is extremely spicy and is difficult to eat because of this. Though the initial spiciness that you are going to experience is not the worst of it.

As the majority of people who have tried the one chip challenge have said that their stomachs can continue to burn after eating the chip. With many experiencing such extreme stomach pain that they had to go to the hospital.

Some people said that their initial burning lasted for about 10 minutes but that they did not feel better until an hour after eating the chip. As the burning continued in their stomach, giving them a stomachache.

While some people even said that they did not start to feel better until several hours after eating the check. A very quite a bit between participants depending on their sensitivity to the chip and how well they take spice.

Why the Paqui Chips Are so Spicy?

Now that you understand what the one chip challenge is about, you may be wondering why these chips are so spicy. After all, it is just one chip, how spicy can it be?

The reality is that Paqui is very good at what it does and has perfected the scale of creating extremely spicy chips. This chip being one of the spiciest it has ever created, which is why it is only sold as a single chip.

That one chip packs a serious punch, which is why you should probably understand just what it is made out of before eating it. As it is made with some of the spiciest peppers in the world and is sure to give you a burn when you eat it.

One of the main ingredients of the one chip challenge chip is Carolina reaper peppers. This is a severely spicy pepper that is right up there alongside ghost peppers, even being considered to be spicier than that recognizable pepper.

This creates a very noticeable burn that is not always noticeable when you first eat the chip. But it will creep up on you and can’t even create stomach pain if you are sensitive to it or cannot handle the level of spice.

When you were comparing the heat level of different peppers, the scorpion pepper comes directly behind the Carolina reaper pepper. Being a spicier option than even ghost peppers are, creating a pretty killer combination.

These two peppers are very flavorful but pack a serious punch of spice that is sure to take some people out. This is a level of heat that it’s not going to be something that just anyone can’t tolerate.

These two peppers together are extremely spicy and are going to have lasting heat effects once you eat the chip. This is why only people with a high heat tolerance should even attempt this challenge.