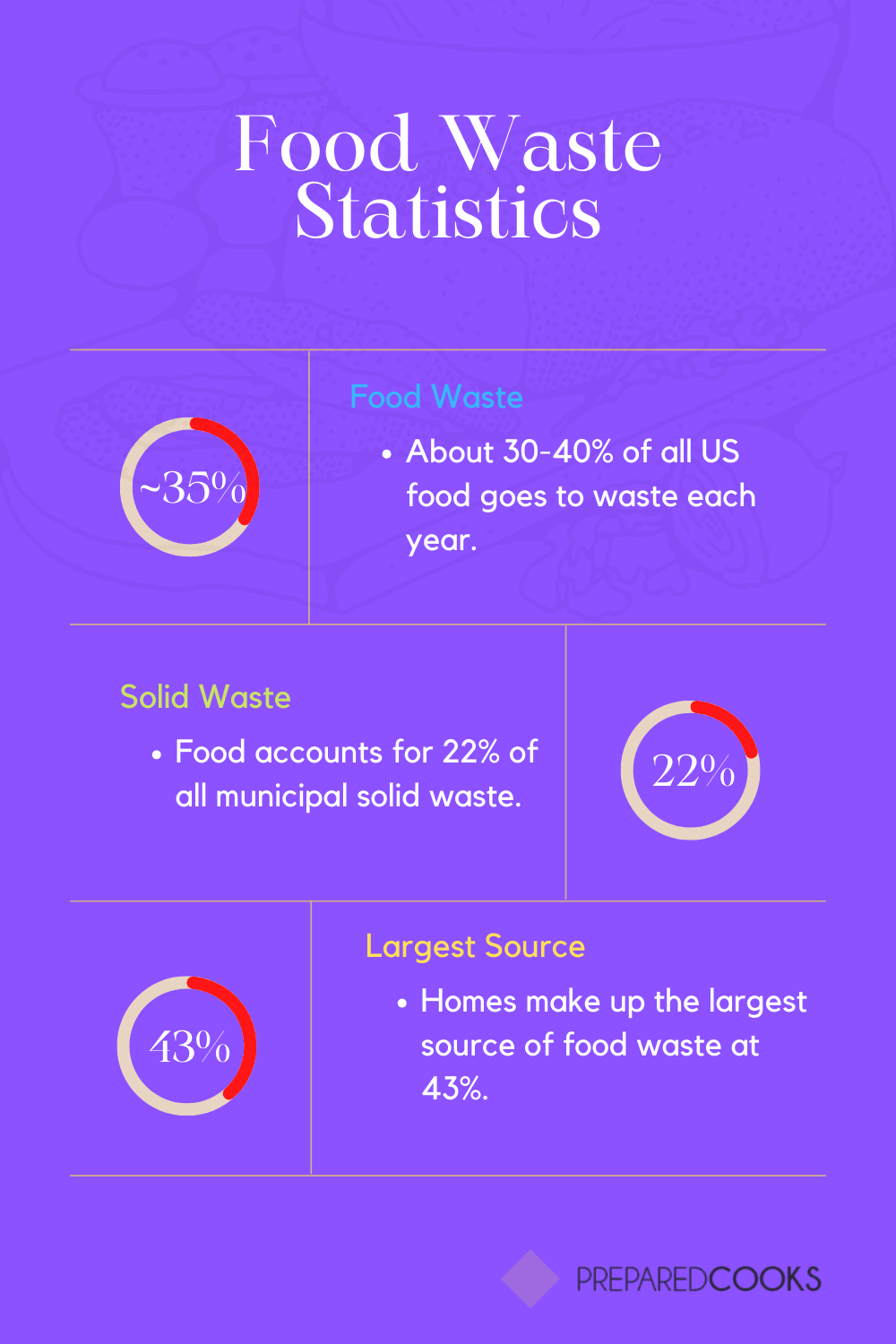 Food waste is a significant issue, and it affects everything from the environment to our wallets.

Americans waste food throughout the year, but the numbers spike around the holidays, probably due to an increase in food consumption.

Percentage of Food Waste in America:

The supply chain is a surprisingly large source of food waste, from the farm to the manufacturing plant to the distribution.

Quality and appearance standards are a big part of the problem, and the COVID-19 pandemic didn’t help.

Not all food produced reaches a grocery store, but reaching the store doesn’t guarantee someone will eat it.

Grocery stores can contribute significantly to food waste, even if wasting food hurts their bottom line.

Restaurants want to keep things fresh and make food look good, but that can lead to overproduction and other causes of food waste.

However, consumers can also be part of the problem if they order too much food and don’t take it home to eat the leftovers.

Food waste can have an effect on your wallet, and that can sting for people who don’t make a lot of money.

From food insecurity to packaging issues, our food waste has financial consequences.

There are many other statistics about food waste in America that don’t fit into certain categories.

Consider the following statistics, from environmental effects to energy usage.