If you enjoy eating unique and flavorful food, you may be wondering what tikka masala tastes like. This is a commonly asked question as many people have never tried tikka masala but are curious about what it tastes like.

Tikka masala is a traditional Indian dish that has become much more widespread. Now you can find all kinds of tikka masala, whether that be dishes with a more modern twist or ones made traditionally.

No matter what you are looking for, there are plenty of tikka masala dishes that you should try out if you are curious. Many offer a distinct flavor though there are different kinds of flavors that you may find depending on how traditional the dish is.

Keep reading to find out what tikka masala tastes like and whether or not this dish is considered to be a curry.

Tikka Masala Is Earthy and Spicy

If you like eating very flavorful foods, you may be wondering what tikka masala tastes like. This is a type of tomato and cream chicken dish that has a very earthy and spicy flavor from all of the seasonings that are added. 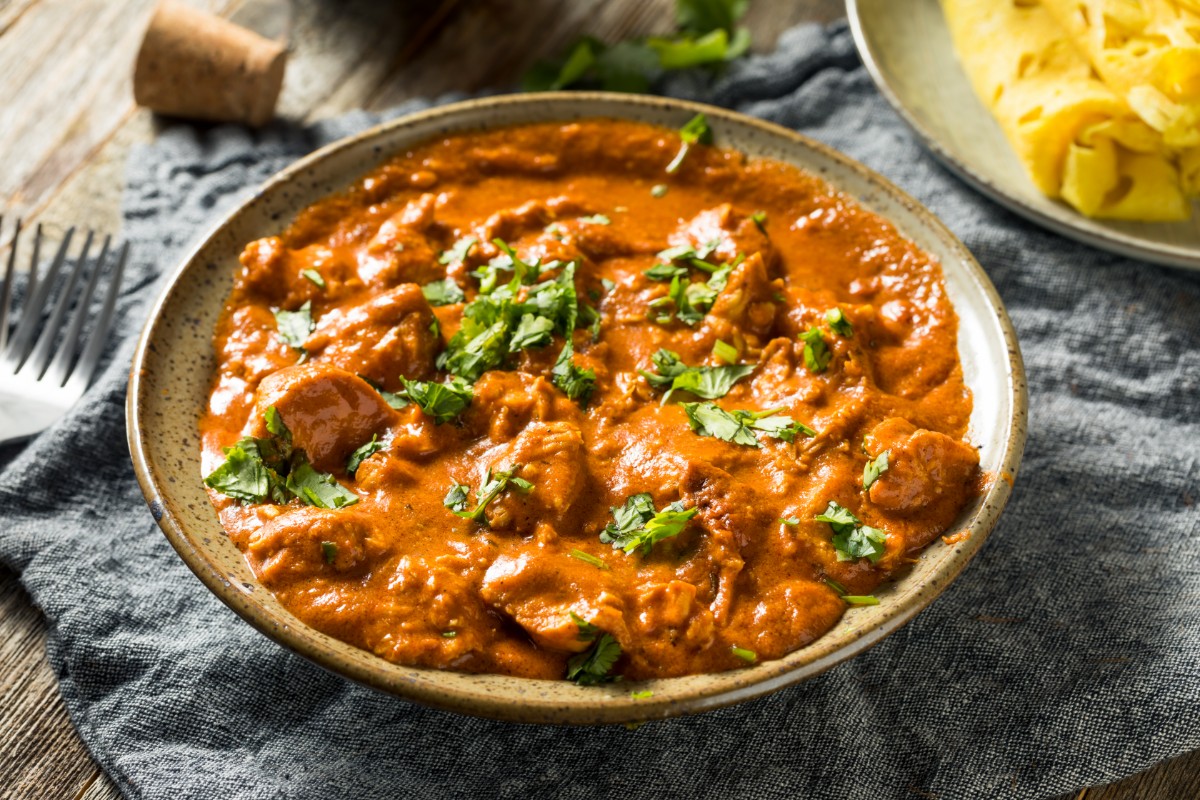 Tikka masala is typically made from grilled chicken that has been covered in a creamy tomato sauce. This may sound simple, but it is quite a flavorful dish, as a lot of spices are added to the creamy sauce for additional flavor.

Tikka masala is traditionally made with a wide variety of spices that help to give the sauce its color and flavor. Many of the spices create its signature earthy and spicy flavor that is very unique from any other kind of dish.

The good news for people who are sensitive to spice is that tikka masala is typically not very spicy. It has some spicy flavors, but it’s not the type of dish that is actually going to come across as spicy and too hot for certain people to eat.

Many people who have tried to take a masala describe it as having flavors like:

The majority of people who have tried at tikka masala describe it as having a very creamy consistency and flavor. This is because one of the main ingredients of this dish is the creamy tomato sauce that helps to flavor the chicken.

This sauce is most typically made with a combination of cream and yogurt to create a perfectly creamy and slightly tart sauce. Though some recipes may be made with coconut milk to give this sauce a slight coconut flavor and additional fattiness.

Depending on whether or not you are eating a traditional or modern tikka masala, the sauce may have a different kind of flavor. 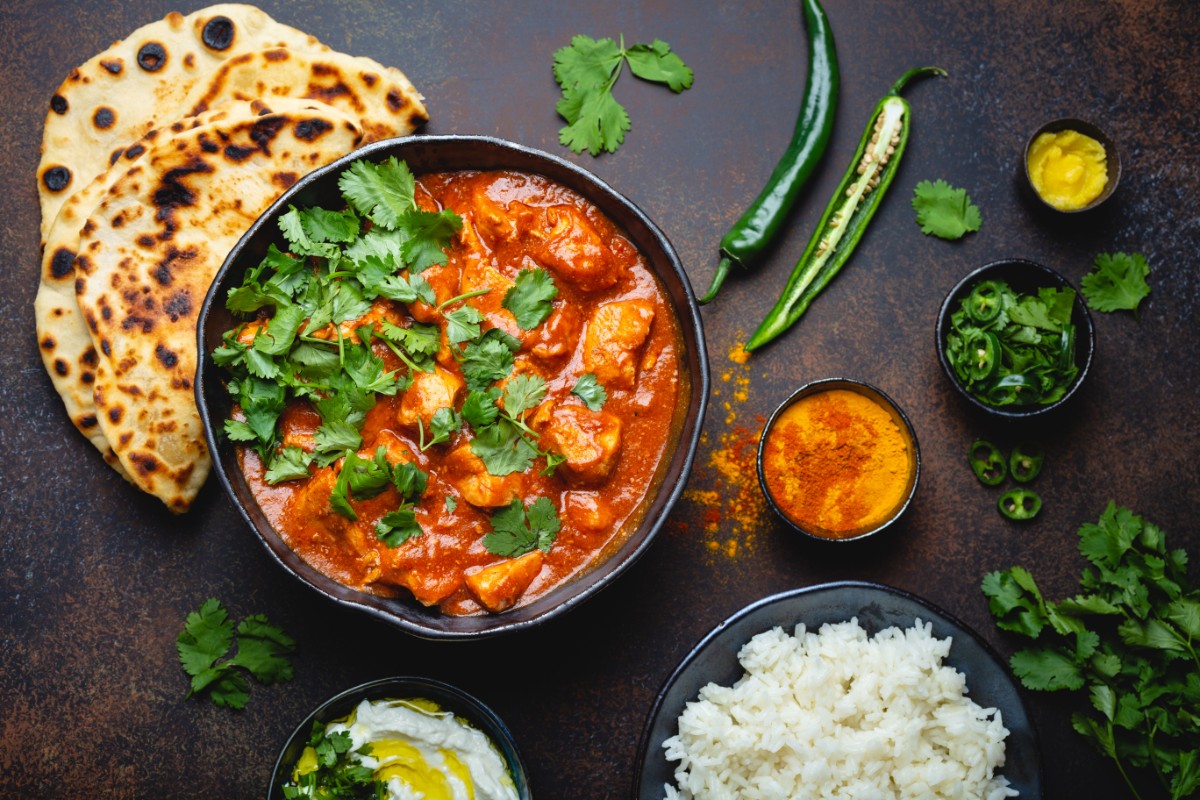 Not only does this cook the chicken before you add it to the sauce, it gives it a very nice grilled flavor. As you will be creating grill marks, which have a slight chard flavor that is very pleasant in a lot of dishes.

This helps to add depth and add extra meatiness to the dish that otherwise would not have been recognized.

Traditional tikka masala is made with many traditional Indian spices, as well as the addition of cumin and ground pepper. The spices are added generously to create a spicy and earthy flavor that is very potent.

The traditional tikka masala is not going to be mouthwatering spicy as some dishes are. These prices are added more for flavor and depth, not necessarily to add heat to the dish, itself

Generous amounts of chili peppers, green onions, onions, and garlic may also be added to increase the flavor and spiciness. Though it will depend on the tikka masala recipe and whether or not it is more traditional or a modern take. 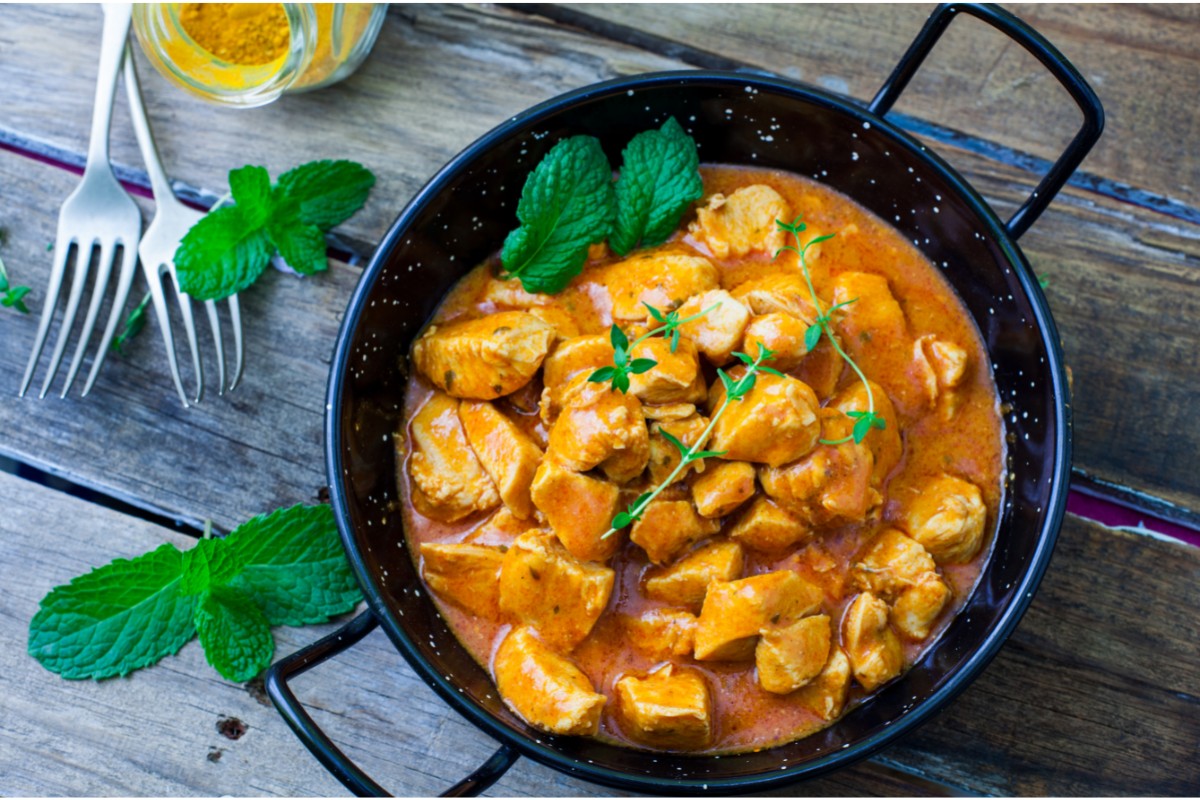 Curry is considered to be an Indian dish that comes in many different flavors and varieties. Traditional curry has a lot of variety, but you may also find more modern takes with modern ingredients.

Tikka masala is considered to be a curry and will usually be served in Indian restaurants or other places that serve curry dishes.

If you are interested in trying tikka masala, you may be wondering what this tastes like. Tikka masala is a cream dish made with grilled chicken that is known for having a spicy and earthy flavor, depending on the ingredients used.

Traditional tikka masala will be very flavorful and have a lot of depth but will not necessarily be very spicy.