What Kind of Cheese Does Chipotle Use? (Solved!)

What kind of cheese does Chipotle use? Chipotle generally uses white cheddar and Monterey Jack. These cheeses are shredded and mixed together, and they combine to make that familiar, iconic taste that so many people associate with Chipotle.

What Kinds of Cheeses Does Chipotle Use?

Chipotle uses a blend of Monterey Jack cheese and white cheddar cheese. These two cheeses have excellent flavors that work particularly well when mixed, and they have been an integral part of making Chipotle famous. This restaurant might be best known for its cheese products, thanks to the taste of these two cheeses.

Chipotle is known for choosing the highest quality ingredients and sticking to a limited range of different products. The restaurant therefore selects two excellent cheeses to create all of its meals, and it would be rare to find any other kind of cheese in a Chipotle.

What is Monterey Jack?

Monterey Jack, sometimes known just as Jack, is a semi-hard Californian cheese that is made of cow’s milk. It has a hint of sweetness, but its flavor is very mild, making it popular with a wide range of consumers.

Monterey Jack has great melting properties and is frequently used to top burgers, to make grilled cheese, or in Mexican-style burritos. Monterey Jack is only mildly aged, although Dry Jack can be aged for longer.

What is White Cheddar?

White cheddar is essentially normal cheddar cheese without the yellow coloring that is usually added. It is pliable and crumbly, made from cow’s milk, and popular across the world. It works well both in its normal state and once melted, so it’s no surprise that Chipotle has chosen this cheese for their meals.

White cheddar comes in a variety of flavors, with some kinds being very sharp, and others being much milder. It becomes smooth and satisfying when melted, and it can be lightly crisped by applying hotter temperatures.

Although many people prefer yellow cheddar because it looks more appealing, there is no difference in flavor between the two cheeses.

Does Chipotle Mix the Cheeses In-House?

There seems to be some confusion surrounding this question. Some sources state that Chipotle switched from pre-shredded and pre-mixed cheese to shredding and mixing their own in-store. However, in 2015, after several incidents of food poisoning, Chipotle swapped to preparing more food off-site and shipping it in.

This allows the restaurant to do more testing for bacteria, meaning that the safety of the food should be improved.

Chipotle is defined as a fast-casual restaurant, meaning that their meals are served up quickly (although possibly not as fast as generic fast food restaurants). Shredding and mixing cheeses takes time, and introduces more room for error when done at a store-level where bacteria testing is not possible.

It therefore makes sense for Chipotle to ship ready-made cheeses in from off-site, even if this seems somewhat at odds with the company’s policy of fresh food, prepared locally. Many other kinds of food, such as the tomatoes, are also prepared off-site, so don’t imagine someone is cutting them up in the kitchen.

What is in Chipotle’s Cheese Sauce?

The restaurant has never published a recipe for its famous cheese sauce, which is one of the biggest stars of its menu, but it contains white cheddar cheese, garlic powder, evaporated milk, corn starch, chipotle peppers in adobo sauce, salt and pepper.

You can make your own version of this sauce at home if you have these ingredients to hand. You should start by mixing the milk and cornstarch together, and then heating them over a medium heat. When the sauce thickens, stir it well, and then add the chopped peppers and some shredded cheddar cheese.

Stir thoroughly and continue to heat and stir until the cheese has fully melted. Make sure the mixture doesn’t stick at the bottom.

Season to suit your tastes, and serve with whatever meal you fancy. This recipe is very close to the classic cheese sauce you can enjoy at a Chipotle, and comes at a fraction of the cost. You can shred your own cheese, or buy pre-shredded for a faster meal. 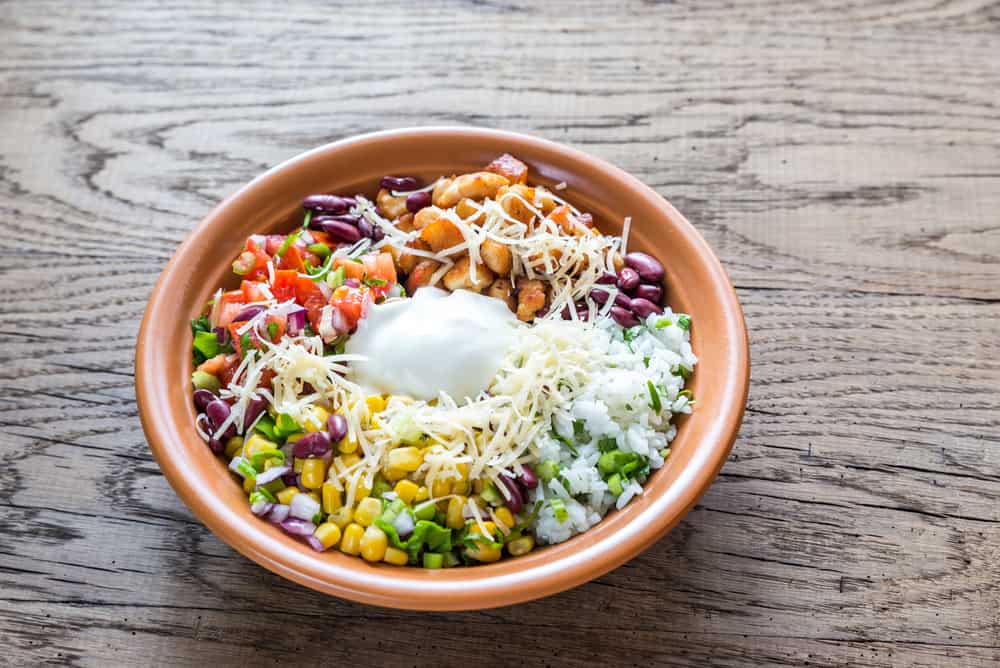 Monterey Jack does melt well, but it fares much better when it is mixed with cheddar, which may be why Chipotle uses both cheeses in many of its recipes. If you are going to add Monterey Jack to one of your recipes, you may have to work a little harder to get it to melt properly.

Dry Jack is good for replacing hard cheeses like Parmesan, rather than for melting alongside cheddar. If you want to mimic Chipotle’s classic recipes, use Monterey Jack, not Dry Jack.

What is Chipotle Cheddar?

You may also have heard of chipotle cheddar. This is a blend of shredded cheddar cheese and jalapeno chili known as chipotle. Chipotle peppers have a smoky flavor, but they are not enormously spicy, so they work really well with the mildness of cheddar.

You can buy chipotle cheddar in stores around the country, and it has a gentle kick with a sweet, smoky flavor. Many people enjoy this cheese, and it can be used in a wide range of cooked meals, or for sandwiches.

As chipotle is a popular spice for Mexican dishes, you will most frequently find this spice, or the cheese flavored with it, called for in Mexican or Tex-Mex recipes. However, you can use chipotle to enhance the taste of any dishes you fancy, as it is usually powdered. This makes it very easy to add to stews, sauces, burgers, pasta dishes, and more.

Chipotle generally uses White Cheddar and Monterey Jack for all its recipes, or a mix of the two. If you are trying to recreate Chipotle food, you may want to buy these two, shred them, and mix them together.